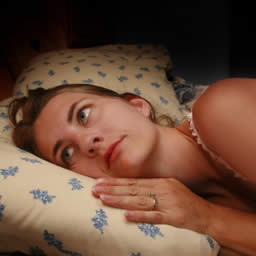 A new study on sleep apnea reveals there could be some hidden dangers – particularly for women who have the condition – where breathing is interrupted during sleep. Women with sleep apnea may appear healthy, but they have subtle symptoms so their sleep problem is often misdiagnosed.

Now, new research, led by the University of California Los Angeles (UCLA) School of Nursing, shows that the body’s autonomic responses, which normally control blood pressure, heart rate, sweating and other basic functions, are not as strong in people with obstructive sleep apnea, and even less so in women.

Obstructive sleep apnea is a serious condition that happens when the person is asleep, sometimes hundreds of times a night. When it occurs, blood oxygen drops and eventually damages many cells of the body.

There are over 20 million adult Americans living with the condition, note the researchers, who explain that it is linked with several serious health problems and also early death.

Women are much less likely to be diagnosed with obstructive sleep apnea than men.